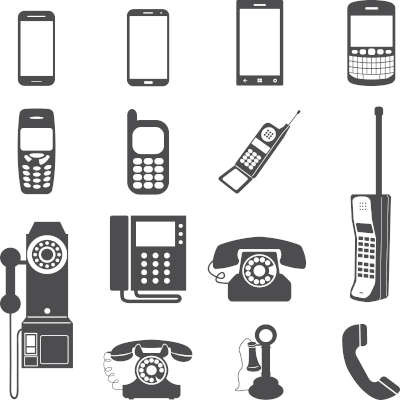 With a market share of 87 percent in 2019, Android is obviously a popular operating system and has been for some time. With the years that have passed since it debuted in 2008, it has changed shape quite considerably, with many features and capabilities introduced and phased out. Let’s go over the changes that each version brought with it, to see how Android got to the place it is now.

In 2008, the Android platform debuted, lacking so many of the bells and whistles that were to be introduced and incorporated over time. Its integration of Google’s applications and tools was limited—a few early apps were built into the operating system, and Chrome was not yet included. Naturally, there was not yet an on-screen keyboard, as this was still in the age when tactile keyboards were all that was available.

The Android platform as we would recognize it today really got its start in Cupcake, the first of many versions to be named for treats. The virtual touchscreen keyboard was introduced, and third-party app widgets were available for the first time. Cupcake was also the first Android OS to enable video recording.

That same year also saw Android Donut, which allowed a wider variety of devices to use Android as it now supported more screen sizes and resolutions. This version of Android was also available to more carriers, thanks to the code-division multiple access (CDMA) network support that was integrated into the platform. CDMA is now being phased out, ten years having gone by and other options emerging.

Just weeks after debuting Donut, Android gussied up their OS a bit with Eclair and took advantage of their much-hyped release of the Motorola Droid to market its new capabilities. These capabilities included things like voice-guided navigation with real-time traffic updates, text-to-speech functionality, and the pinch-to-zoom feature. Up to that point, pinch-to-zoom was a feature exclusive to iOS.

Eclair was introduced in January of 2010. Froyo quickly followed with a May release. Primarily focused on improving the OS’s background operations, Froyo did also introduce a few things that remain standard. This included the dock-based interface that all Android users are still familiar with. Voice Actions were also introduced with Froyo.

However, we would be remiss if we didn’t also mention that Froyo was the first version of Android to offer Flash support, which directly countered Apple’s moratorium on the Adobe software. While now defunct, Flash once powered a sizable percentage of media and online content, which put Android above Apple in at least this regard.

Another version primarily concerned with fixing background issues and making invisible improvements, Gingerbread did offer native Voice over Internet Protocol (VoIP) and Near Field Communication (NFC) support, along with updating the user interface yet again. Gingerbread was also the first Android version to have the Download Manager, which helped users better control what their devices had downloaded. This operating system would remain on phones and receive updates that stretched into 2011, as the next OS was focused more on the emerging tablet market and its needs.

As tablets rose in popularity, Android adjusted to their rise with its Honeycomb OS, launched with the Motorola Xoom. This OS was exclusively produced for tablets and was completely reconsidered for this purpose. While Honeycomb only lasted for about a year, many of its features (like the on-screen navigation buttons and the card-based Recent Apps layout) have persisted since.

By late 2011, the mobile and tablet interfaces started to blend with Ice Cream Sandwich, thereby taking the strongest points from each—including the navigation button and application cards—and adding other standbys that remain a part of the Android platform today. The ability to swipe through your recent applications and notifications was one such feature that Ice Cream Sandwich brought to the table.

Jelly Bean came next and expanded further upon many of the improvements made thus far. With a fresh new look and even more features, Jelly Bean introduced the Quick Settings panel and Google Now—then, a predictive intelligence utility. Some have not lasted quite as long, such as the capability to add widgets to the lock screen. Both Jelly Bean and its update were released in July, the first in 2012 and the major update in 2013.

Introduced near Halloween in 2013, KitKat did away with the darkened themes that had previously adorned Android screens and brought about a brighter color scheme. The Google Assistant also made its first appearance on the platform, enabling the command “Okay, Google” to activate certain features from the home screen or Google application.

Android’s next version of its OS was introduced in early summer, 2013, with a redesigned user interface and other useful features and utilities. For instance, a user could access their notifications from the lock screen as well as screen-top banners. Some of these changes helped to improve the device’s battery life. This was also the first version of the OS to make migrating between Android devices easier with the inclusion of the “Tap and Go” utility. Unfortunately, some software bugs came about due to these changes, but these challenges were ironed out with the 5.1 update.

Android Marshmallow’s lasting contributions to the platform are limited, especially when compared to those made during other updates. However, there are a few notable features that came about with 6.0. For instance, support for both the USB-C connection and a fingerprint reader both first appeared. This was also the OS that started the convention for Google to release a new numbered “edition” of Android each year.

Nougat added more capabilities to Android, with split-screen options, data-saving features, notifications organized by application, and an inter-application shortcut all added. Most notably, however, Nougat was the first Android OS to offer users the Google Assistant and the Google-produced device, the Google Pixel.

Appearing in August, Oreo helped unify Android and the Chrome operating system in addition to plenty of added features. These features included many useful tools and utilities, including notification controls, a picture-in-picture mode, and many others.

The update to Pie came with a major overhaul to the user interface, with the more traditional navigation system being replaced by gestures with as few buttons as possible. Many notifications were also revamped, to enable the user to see more content for context. Android 9’s primary focus, though, seemed to be more directed toward the backend, with adaptive battery capabilities and auto-brightness features helping to preserve power. Privacy and security were also enhanced, as well as the phone’s Wi-Fi hotspot capabilities. Pie was to be the last version of Android with a themed codename.

In September 2019, the OS was once again updated, redesigning the sharing menu. This update rolled back the interface changes that Pie brought about, giving users the option to display their navigation buttons. Patch management was simplified, and users were given increasingly granular controls over their application permissions. Distractions could be minimized through the new Focus Mode.

With the introduction of Android 11, it has been made clear that the operating system is still committed to user control, security, and experience. Many adjustments that have been made are focused on increasing data privacy and limited the access that applications can have to data storage and each other. Notifications are now prioritized, and Play Store updates can now be pushed without assistance from a device’s manufacturer or wireless carrier. This is all in addition to other security fixes that better protect the device and the data it contains.

A unified player can now control media options, and conversations appear as on-screen bubbles. As a result, a user’s focus doesn’t have to totally shift away from the task at hand.

Clearly, the Android platform has changed a lot since it was created, and there is little chance of this change coming to an end anytime soon. Are there any features you’d like to see introduced, or any you’d like to come back? Share your thoughts in the comments!

Facebook Twitter LinkedIn
Tags:
Software Android Mobile Device
How Can We Secure Our Use of Smart Assistants?
Tip of the Week: Simple Fixes for Some Common Andr... 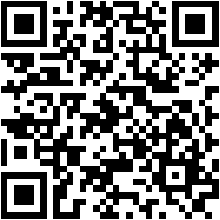