Microsoft Windows is a common sight in the modern office, but no matter how great the solution, it will eventually grow outdated and require updates in order to maintain security and efficiency. Businesses often have trouble adjusting to Windows End of Life events, and with a major one just around the corner for Windows 7 and Windows Server 2008 R2, you need to consider moving away from these solutions if you haven’t done so already.

Support for these two titles will end on January 14, 2020. If your business hasn’t upgraded away from them yet, you should start to take measures now. If you don’t attempt to do it immediately, it’s critical that you at least begin to think about the process, as a full migration takes time that you won’t have six months from today. Vulnerabilities can show up when you least expect them, so let’s take a look at these titles now to make sure that you can prioritize security during this shift.

Windows 7 has remained one of Microsoft’s most popular operating systems for quite some time. It wasn’t until just this past December that Windows 10, Microsoft’s latest operating system, surpassed Windows 7 in number of users. You may have already seen the advertisement campaign warning users to upgrade away from Windows 7 as soon as possible.

The most logical step forward for organizations that need to upgrade away from Windows 7 is to make the jump to Windows 10. Windows 10 is constantly supported, meaning that it instantly has an upside that is simply impossible to replicate with Windows 7. If you need to move a lot of workstations over to new operating systems, it will be difficult for you to do so in a timely manner. In cases like this, it’s best to work with our consultants.

Another option is to go the Microsoft 365 route, which is a cloud-based service that targets the millions of Windows 7 users that don’t have the capital to cover the initial costs of an upgrade to Windows 10. Walsh IT Group can help you determine the price of migration to an on-site infrastructure or a hosted solution. Either way, your business has until January 2020 to make the move.

In addition to Windows 7, Microsoft will also be retiring its Windows Server 2008 R2 suite. This means that any organization that relies on it for data and application hosting will need to have a migration plan in place well ahead of the support date. Just like Windows 7, Microsoft will stop delivering security patches to Windows Server 2008 R2, meaning that there is a significant chance of your business becoming vulnerable to threats.

Microsoft has issued two new versions of the Windows Server software, as well as implemented the cloud-based Azure platform. It could potentially save you money when you’re making the jump to a new operating system. For more information about how to make sure this happens without a hitch, be sure to contact the IT professionals of Walsh IT Group at (832) 295-1445.

Facebook Twitter LinkedIn
Tags:
Upgrade Windows 10 Windows 7
Tip of the Week: How to Best Organize Your Compute...
If You Aren’t Patching Your Systems, Any Breaches ...

More posts from author
Monday, July 06 2020 Macs Are Not Immune to Cybersecurity Threats
Friday, July 03 2020 Not All Cybersecurity Efforts Work to Keep You Secure
Wednesday, July 01 2020 Tip of the Week: Changing Your Notification Settings on Android Devices 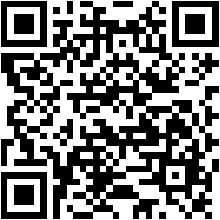