Looking Back at 2019 Data Breaches

Data is more of a commodity than it has ever been, and more often than not, companies spend a considerable sum on data security. Unfortunately, even the most well-defended organizations still have trouble keeping data safe. 2018 saw 446.5 million records exposed due to data breaches, even though the overall number of breaches dropped by 23 percent to 1,244 total. We’ll discuss some of the most notable breaches that have happened over the first four months of 2019.

BenefitMall
An outsourced HR provider like BenefitMall is bound to have a ton of personal information stored on its infrastructure, and a security breach due to a phishing attack proved that to be the case. Over a period of four months, the names, addresses, Social Security numbers, dates of birth, bank account numbers, and even more information was exposed for over 110,000 users.

Coffee Meets Bagel
This dating website announced that they were hacked on Valentine’s Day, revealing the names and email addresses of six million users who had been registered since before May 2018.

University of Washington Medical Center
Almost one million patients have had their medical, personal, and financial information breached as a vulnerability on the organization’s website exposed sensitive information.

Dow Jones
2.4 million records by government officials and politicians were leaked online. This database was made up of individuals who could possibly embezzle money, accept bribes, or launder funds.

Facebook
Facebook was forced to admit that they weren’t able to properly secure passwords of nearly 600 million users. These passwords were stored in plain text and could be accessed by any of the company’s 20,000 employees.

Federal Emergency Management Agency (FEMA)
Survivors of hurricanes Maria and Irma, as well as survivors of California’s wildfires, have all had their personal information exposed to a data breach. About 2.5 million victims have had their names, addresses, bank account numbers, and birth dates shared and left unprotected.

Verification.io
This particular breach is one of the largest in history, and it was found that Verification.io left a database filled with almost one billion email accounts and personal information on an unprotected server. The company has since closed down.

Georgia Tech
Approximately 1.3 million users, including current and former faculty members, students, and college staff, had their personal information stolen from an unsecured server. Some of the files included names, Social Security numbers, and birthdates.

Steps to Recovery
The drug and alcohol recovery company has had nearly 145,000 patients’ files exposed.

If your organization hasn’t taken the time to properly address data security and privacy, there’s no reason to wait any longer. Reach out to Walsh IT Group today at (832) 295-1445 to learn more.

Facebook Twitter LinkedIn
Tags:
Security Business Computing Data Breach
Tip of the Week: 4 Steps to Determine Your Needed ...
Would One of These Social Media Scams Bamboozle Yo...

More posts from author
Wednesday, September 30 2020 Tip of the Week: Simple Fixes for Some Common Android Phone Issues
Monday, September 28 2020 Why (and How) to Build a Company Knowledge Base
Friday, September 25 2020 Strategies for Remote Workers and Students 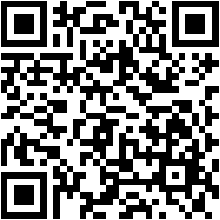